Got up late this morning. I had woken at about 6 bloody freezing and had put a jumper on to sleep in. WHen I got up at about half ten I had a lovely relaxing shower which was just what I needed to warm me up. I slobbed around and packed everything away and then said goodbye to Sarah and Tom took me to the train station where I was going to get the bust to the airport – it was SO cold waiting though! My ears are really hurting and so I am dreading flying in some ways as they are bound to pop and be excruciatingly painful.

When I got to the airport they were looking for Volunteers to be bumped off the flight and be paid £125, it would not actually have got me back in that much later than I would have got in and so I put myself forward – it would have helped towards paying off the M/C Bill! I waited an hour ans then went back like they had asked and when I did they thanked me but told me that it wasn’t over booked in the end and that they wouldn’t need to bump me off the plane. A bugger really as the ££ would have come in most useful.! I walked around the airport for what felt like hours looking in the shops and so on and I was tempted by a few more Clinique things. I had a couple of cups of coffee to keep me awake as I can feel myself about to fall asleep on one of the chairs in the airport if I just so much as close my eyes. There is a group of school kids that I think are getting on the same plane as me – I really hope that I don’t have to sit next to any of them. Oooh – great excitement – the plane has just pulled up at the gate! It shouldn’t be too long now. I wonder if I should be calling the car park place from here to say that it has been delayed and so I will be collecting the car later than I said at the time of booking. I can’t see there being any need to as they must be used to delayed flights by now. I just hope that I wont have to pay anymore money – it’s pants frankly if I have to. I will leave it – why pay extra money, I’ll just apologise when I call from Heathrow for them to come and collect me. The flight was really turbulent and the lady that I was sat next to felt really ill – the bad thing was that we were never told when the first lot of it was coming. Luckily I wasn’t sat next to any of the bratty school kids but they were all sat all around me. I had an aisle seat by the emergency exit and so I had extra leg room which was great. The food was ok, it was the deli style. Tom had explained why they had deli style because they don’t allow plastic knives on planes any more I hadn’t even thought of that before! I can so see why they have made that decision though. THe plane left at about 5.20pm Austrian time in the end and I got to the car with no problem at all I was on the road home by about 8pm. I got home at 9:45pm shattered. I had attached the keys to the inside pocket of my coat and when I undid the key chain I managed to drop all of the keys off and it took me a while to find them all and finally get in! I landed on the sofa in a heap after a fabulous few days, exhausted but what a fabulous holiday. 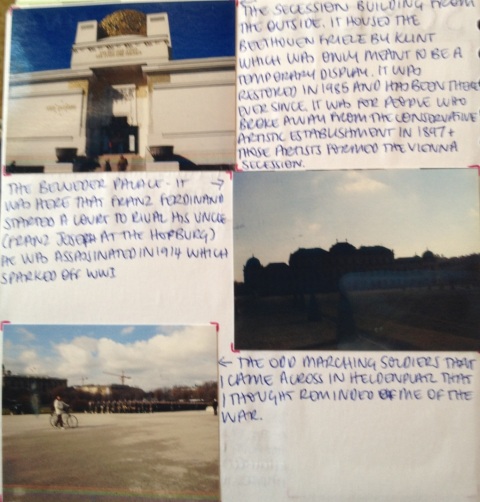