A Message from the President

I would like to thank you all for your kind messages that bunny and I (aka the First Teddy!) have received over the past few days concerning the atrocities that have occurred over on the East Coast of the United States. I do ask though that you stop calling my parents, as touched as they are, calls at 12 at night are really not very welcome (you know who you are!). Only kidding, they obviously hear much more from me than most of you do and so if you want any info then call them during daylight hours.

I seriously thought it was a joke when my vice, Chloe (with two dots over the “e”) Wright, woke me at some unearthly hour of the morning to inform me. Obviously there was little that I could do to help at that time but to sit and watch the terrible events unfold. You will all, I hope, be pleased to hear that I and my party are indeed safe over on the west coast in San Francisco. There have been scares and the city was on alert but it is mildly calmer now in comparison to what it was.

We managed to make it into Mexico from San Diego which I forgot to mention in the last email as I was in such a rush as the car was running out of time on the meter. We managed to get in and out with hardly a look at the passport which seems just so ridiculous compared to the last experience with Bob and the “you have effectively deported yourself” saga. We had a beer and tried our hardest not to be lured into a nightclub (well more like day-club that wanted us to go in and enjoy the music as it was 2 in the afternoon – bizarre!) We had a beer and headed on towards LA.

We met Chloe’s cousin on the weekend which was really nice and got told about how to walk up to the Hollywood sign. I have to say that I did not do the walk but read some delightful piece of literature in the car instead. We tried to do the Grave Line tour but we could not follow the directions and didn’t know any of the places that they mentioned. I think that you need to know the city a lot better than we did and also I think that you need a much better map than we actually had. We don’t seem to be too good on getting maps that are any good at all. It makes the drive even more amusing to say the least!

The drive to San Fran was beautiful, all along the coast, me doing the driving on the twisty windy roads. I think that Kev would have rather that he was driving though. My father would have been useless as there were sheer drops down to the sea. As they drive on the right hand side of the road over here though we were right in against the cliff. It was also rather fraught trying to find the Econolodge, our last one that we will be staying in (I am wiping away the tears!). I had read the directions and could see the road signs and was following them but I was told to go another way that led us down the wrong way, Oh well, we all learn from experiences like that I guess!

On our first day here we cancelled all of our engagements with our friends and relatives here as they and we wanted to sit in and watch the unfolding events of the tragedy. It was extraordinary, we heard nothing about London being shut down or anything on the American News and that the whole world was on alert until a friend of Chloe’s called. Trying to call home was a nightmare as the lines were obviously constantly busy. Luckily they knew that I was alright at home and so when I eventually managed to get through to speak to them they were not in a blind panic or frankly in the least bit worried!

Yesterday we went to an area of San Francisco called the Mission where a ½ cousin of Chloe’s lives and we thought that we were meeting her for a coffee and then she was going to suggest a few places that we should go. Instead she had a whole tour mapped out for us that she took us on and it was an excellent tour. We had lunch in this delicious place that is owned by Francis Ford Coppella and he has a vineyard in the Napa valley and some of his wines we had a tasting of in the restaurant and then had a really scrummy lunch. From there we moved off to Chinatown. Amusingly also known as Pink Bag city by the locals as all of the shops give you pink plastic bags with no writing on to carry your shopping home in. We then hit the shops.

We went to FAO Schwartz which was excellent fun. It is where they filmed the scene from the film Big with Tom Hanks in with that wicked floor piano. Unfortunately the HUGE one is no longer there but there is a largish one there that you can play on and you can also buy one kind of similar but I managed to resist that one!!! I did get a lot of stuff in there though that I am really chuffed with. I can’t mention what it is as some of it is going to the recipients of this email and I don’t want to spoil the surprise!

I managed to make it to a Hello Kitty store which was brilliant and I managed to get a couple of pairs of trousers which my legs, which were turning blue from the cold by then, were very appreciative of! I managed to leave my one pair of trousers at Audrey’s (Audrey – they have arrived at Chloe’s grandparents – thank you! I will call soon, I promise. Not long until Nannie arrives!!) They are comfy, which is more than can be said for the others that I brought! Anyway enough about my clothes!!

I have managed to get all of my America photos developed which I am really pleased with and I have stuck them all in an album or two with all of the bits and pieces that I have picked up along the way and have been given by others, Si the precious metro card has gone in, fret not! I am waiting now for the latest film to be developed of the end of LA and San Francisco while I am typing. Some of the photos are REALLY good and I look forward to showing them all to you.

Today Chloe and I have been to visit Alcatraz. Wow! What an experience. It is really eerie over there it is unreal and I am really surprised that there are so many survivors that did not come out with mental disorders or communicating difficulties. We saw one bloke that was a survivor that was guiding a tour and there were a lot that were talking on the headset tour that we did. I have managed to get some really amusing souvenirs but mainly I bought yet more postcards, mainly for the photo album / scrap book. You would all be really disgusted by the amount of postcards that I have sent on this trip, but those of you that have been with me won’t be at all surprised, it is now well over 100! That is a lot of money and a lot of writing and so I hope that you have all appreciated them all.

We are going out to supper this evening, with or without Kev, he did not join us last night and had a MASSIVE hang over this morning after arriving back last night at about 12:30 as nissed as a pewt! Woke me up and I was not best pleased about that but I lay still and pretended that I was asleep, I have no idea how Chloe managed to sleep through the racket that he made when he came in. Lucky cow! Anyway. We are meeting with Alisha, Chloe’s cousin and her boyfriend and I am also meeting with Leah and her new boyfriend and we are all going out to supper. I really can’t wait to see Leah, the last time that I saw her was in Romania the first time that I was there in ’98 as she was teaching in a school in Bucharest, Cosbuc for all you Romanian linked people that don’t remember with Josh and Holly and so we got to meet her by that and we have kept in touch since we both left. Originally it was meant to be just Xmas and birthday but it has been a bit more regular than that which has been really cool. I think that we are also going to meet her for brunch tomorrow before we leave for Chloe’s grandparents.

So the plan is that I am returning home at 18:30 my time (that 2am the following day your time – UK) on the 26th of September and I am flying to Paris on flight AF0831 and I arrive there at 13:55 Paris time and leave Paris on flight AF 1870 at 15:00 and arrive at London Heathrow to a small but smiling group of people who will be very glad to see me, namely my parents, unless Hugo decides to crop up too, at 15:10 on the 27th of September which is a Thursday. So now you all know my movements and can listen in about all of the planes and know that I am not in the middle of somewhere I shouldn’t be. I am hoping that that will be the plans, I may have to change them if the lack of flights continues any longer. Fingers crossed it won’t, I am quite scared about flying home anyway now as a result and I am doing it all on my own. At least the first Teddy will be with me to “hold my hand”! (What would I do without Bunny I wonder?!!)

My love and big hugs and kisses to one and all and I hope to hear from you all soon.

No more personal comments apart from to thank each and every one of you that has texted me, emailed me and called my parents to find out that I am ok and not effected. It is so nice to know that I have such a strong group of friends behind me supporting and caring about me every step of the way. You are ALL very special to me. 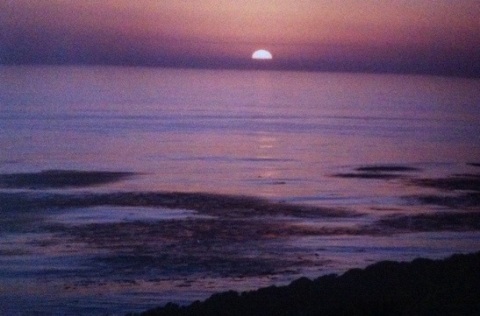 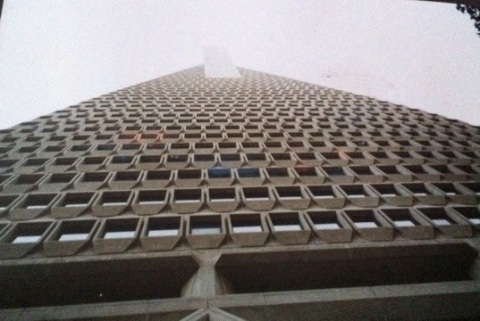 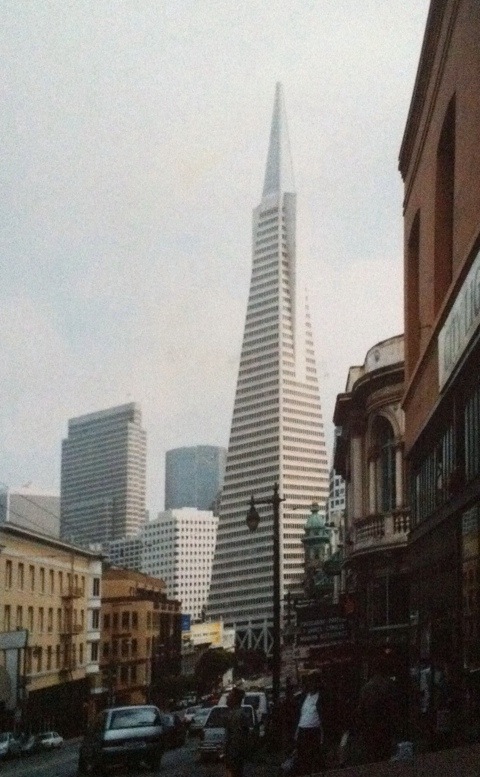 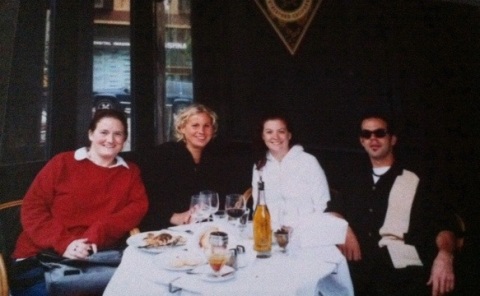 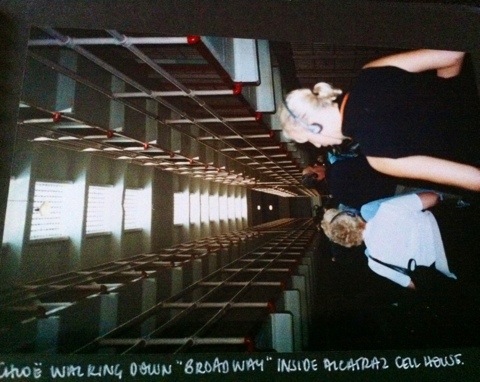 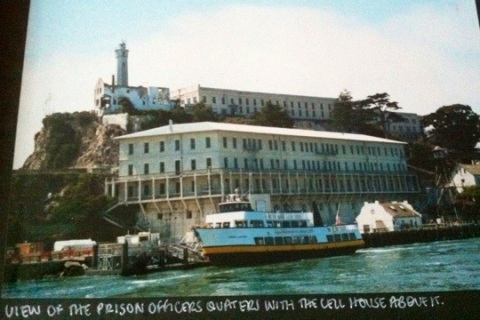 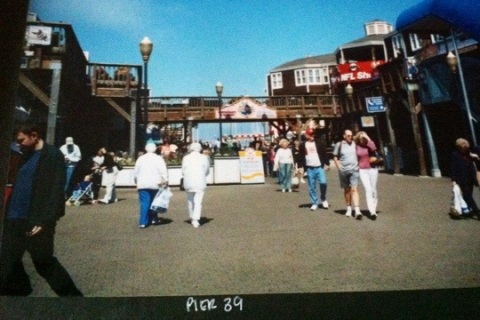